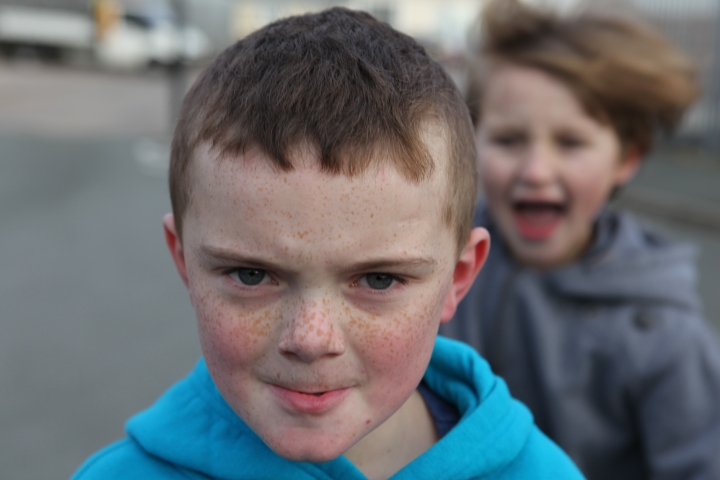 I started taking pictures of Irish Travellers in the UK in 2002 and haven’t stopped since, travelling from sites to sites all over the country. I discovered very early that Irish Travellers had not only fled Ireland and poverty in the 19th century to come to the UK but also to the USA. I did some research and found out about a few communities, one of them was called Murphy Village, near North Augusta, in South Carolina*. Going there to meet the Travellers became a dream and finally, recently a reality. 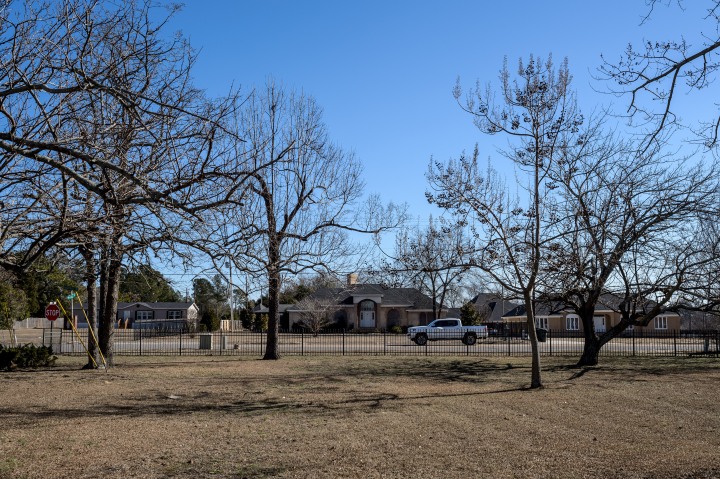 Thanks to a grant I received from the CNAP (Centre National des Arts Plastiques), I went there last January with my partner François Moura. The community I discovered was not only geographically and but also culturally miles away from the Irish Travellers I had met in the UK. There was no welcome, just suspicion and even fear. Our first approach was to contact the priest who had been in charge of the diocese for sixteen years.

Catholic Reverend Cherian Thalakulam has been in charge of St Edward Church since 2001 in Murphy VIllage, © Elisabeth Blanchet

He was very friendly but warned us: people would be very reluctant to talk to us…  And this is what happened. The outside world was not very welcome on the streets of Murphy Village. We understood why, after a long afternoon talking to Tammy, an Irish Traveler woman, working for the diocese.

Irish Travellers from Murphy Village are regularly accused of different scams. Since almost a decade, several court cases have been occuring for life insurance fraud, racketeering, scams. About 50 Irish Travellers are now in Custody. In 2016, the DSS (Department of Social Services) took six girls, as young as six years old, from Murphy Village under allegations of sexual abuse. Arranged marriages have been part of the village tradition for decades and the Irish Travellers were accused of under-age marriages. 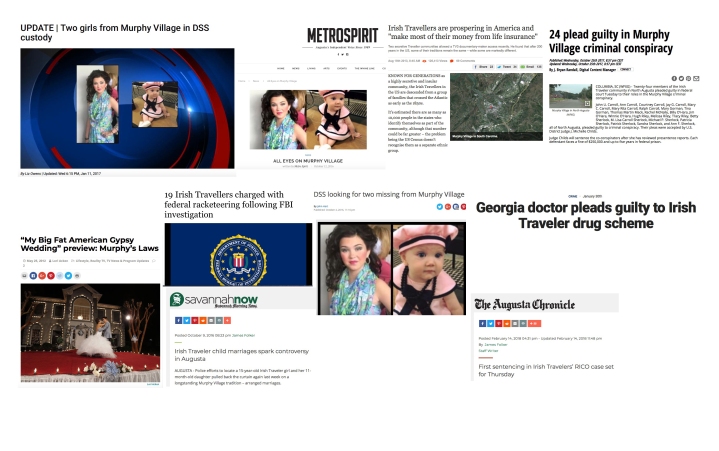 After 3 months, all the girls were brought back to their families after staying in foster care. “We don’t marry them under-age, we get them engaged very young and wait for the legal age to marry them”, Tammy explained. In such tense conditions, it was not surprising that Murphy Village residents were not very keen to talk to strangers and reluctant to be filmed or photographed.

A mobile home in the original part of Murphy Village, © François Moura

The community is very reclusive and the large majority of Murphy Village’s Irish Travellers keep to themselves. On one side of Edgefield Road, where St Edward Church was built – which is the original Murphy Village -, people still live in trailers and mobile homes. On the other side of the road, Travellers live in huge brand new mansions which can only raise anyone’s suspicions… How can people who live from asphalting roads, trading and painting barns afford to build such houses?

A huge mansion in the rich part of Murphy Village, © Elisabeth Blanchet

Personally I have never been exposed to such a closed community. I went to Murphy Village hoping I could work like with any other Travellers’ community in the UK, that people would open up, tell me stories, let me take their pictures. I struggled. I even felt threatened: some women came yelling at me at a deadend of the “posh” side of Murphy Village, almost insulting me. And one afternoon, I even thought about giving up…

Another big house in the rich part of Murphy Village, © François Moura

Fortunately, I didn’t! The same day I met two very nice women, Jackie O’Hara and Jeannine Harris. The first one was born outside the community and married an Irish Traveller almost 50 years ago. The second one decided to live in the original Murphy Village by choice, having a strong connection there. 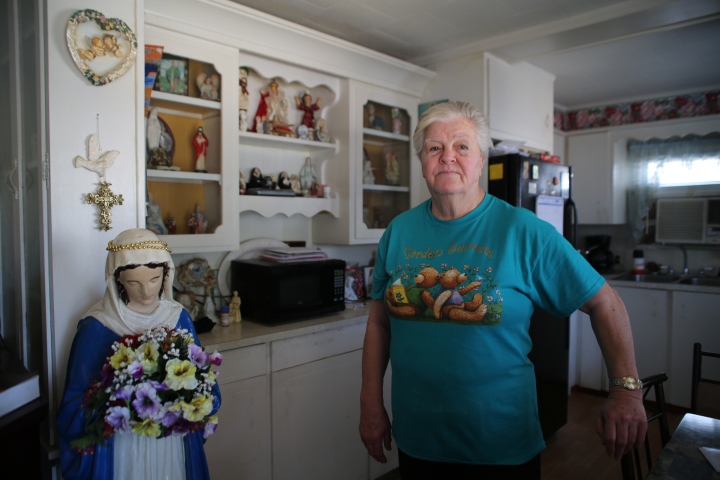 They reconcilied me with the project but walking in Murphy Village had become a bit of an every moment challenge, feeling there was always a bloody huge pick-up with tainted windows slowly driving around us, and there was…

More photos here and a trailer of a short film we did with François, M.V Superficial, a few things about Murphy Village, which will be released soon:

Superficial because we are hoping to go back again, getting more interviews, in-depth information and more photos, also desperately wanting to get into one of these huge and mysterious houses!

*Murphy Village, South Carolina is a community of around 2,000 Irish Travellers who settled on Edgefield Road in the late 50s.

They are originally from Ireland. One of the first Irish Travellers who came to the USA is Tom Carroll. He arrived in New York in the middle of the 19th Century to escape from the misery and the financial distress caused by the Potato Famine in Ireland (1845-1852). Very soon many of his relatives migrated to the US. Just before the Civil War (1861-1865) the Travellers slowly moved to the South, living in Georgia, South Carolina, Tennessee and Texas.

As the town of North Augusta began to grow, many Catholics relocated there from the Northeast. In the 50s Rev. Fr. Murphy, an Irish immigrant himself, was made Pastor of the local diocese. He encouraged the Travellers to buy land a few miles north of the town. A village was born, called Murphy Village, after Father Murphy.

The main family names in Murphy Village are Carroll, Sherlock, O’Hara, Gorman and only a few others. Everyone seems to be related. While men mainly work asphalting roads and driveways, painting barns in states as far as Ohio and Michigan, or selling agricultural machinery, women stay at home and raise the children. They still speak Cant, an old form of Gaelic and most of them are practising Catholics.

Varian Fry in Marseilles, the unsung story of the first American Righteous Among the Nations