“Jullouville? I like the name, it sounds funny, unusual”, a good friend of mine once said after I told her my regular, annual holiday destination in Lower Normandy. She had never heard of Jullouville before. Mind you, she is from Nice and never set foot in Normandy.

Well, Jullouville is a pretty little seaside resort, just South of Granville created in the 19th Century by Armand Jullou, hence its name – although it was very rare in the Manche Departement for a town to be named after its founder -. Armand Jullou, originally from Avranches, was inspired by lovely and romantic Cabourg and tried to replicate its urbanism after buying a large piece of land along a beautiful long and large sandy beach between Saint-Pair sur Mer and Carolles.

The result is stunning: more space, more wildness and of course, the old fashioned villas by the “digue” (the long promenade along the beach) and spread all over the little resort on the parallel and perpendicular alleys all drawn from the West to the East and from the North to the South around a centre point that Armand Jullou probably wanted to look like the Grand Hôtel in Cabourg. It was called l’Hôtel du Casino, but never was a casino.

Jullouville’s oldest neigbhours, Saint-Pair and Granville, already had theirs. The new pretty town didn’t need one. It would become a more family-orientated seaside resort… And it did.

To me Jullouville or “Jullou” -that’s the way every local or “habitué” calls it – is a charming holiday resort where every year the same families did come and stay one or two months or even the whole summer, enjoying the long sandy beach, bathing in the sea, fishing shrimps, cockles and wild mussels in the rocks, enjoying the highest tides in Europe…

I have got so many fond memories of this wonderful beach, the time we spent as kids to reach it when it was low tide, walking on this bit of unknown, always moving territory called the strand. And once reaching the water, having to walk more and more towards the horizon to have enough water to be able to swim.

And there were the scary high tides, with the red flag on the beach, indicating bathing was forbidden. My grand-mother used to go swimming every day in the summer, whatever the weather, whatever the colour of the flag and she always would take me with her. On red flag day, I wasn’t reckless enough to follow her in the angry sea. 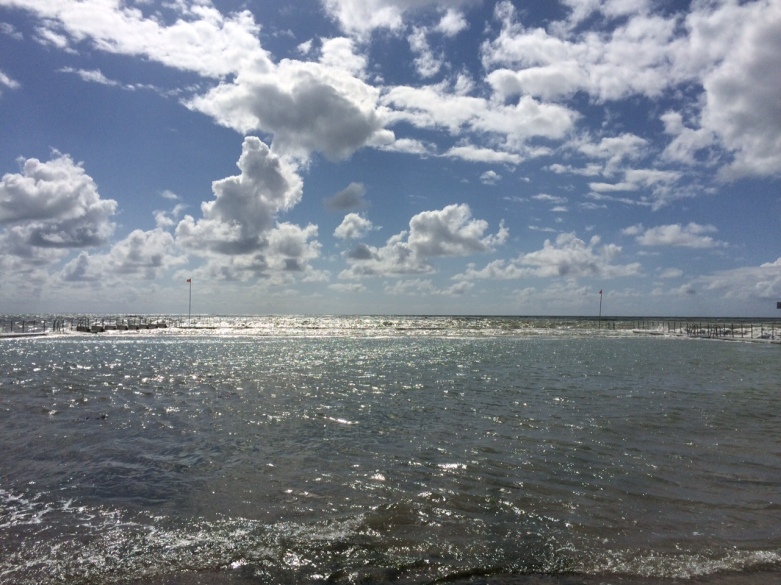 I was looking at her, waiting for her my feet in the water. I was 9 or 10. Suddlenly she just disappeared. For one minute or two, which felt to me like an endless time, I couldn’t see her. I was petrified, my feet glued to the sand, I started to call, shout her name.

No one, nothing till I could spot her crazy flowery bath cap emerging from a wave. Here she was, standing between two waves, totally knocked out but still standing. She came out of the water like a robot. Without a word, we just went back home. I understood the story was not to be mentionned and would become another of our little secrets…

There were many other families like ours, coming back every summer, year after year, generations after generations to the same holiday villas, till fortunes turned, declined and till habits changed. Jullouville has seen traditional holidays evolve, change, camping sites open, “colonies de vacances” develop for kids whose urban parents couldn’t take much holiday in the summer and didn’t know what to do with their energetic offspring. 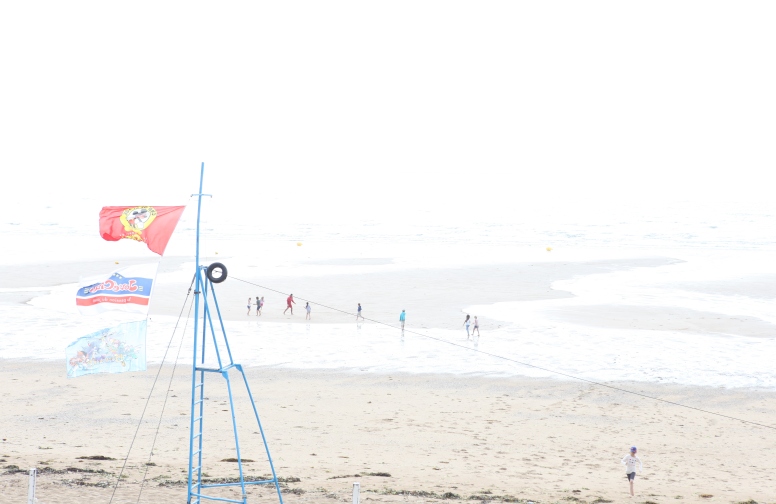 Jullouville has seen kids like us come every year, has witnessed our first “tours de manèges” and dogdems, our first swimming lessons at the Beach Club, tennis competitions, sailing and windsurfing attempts… 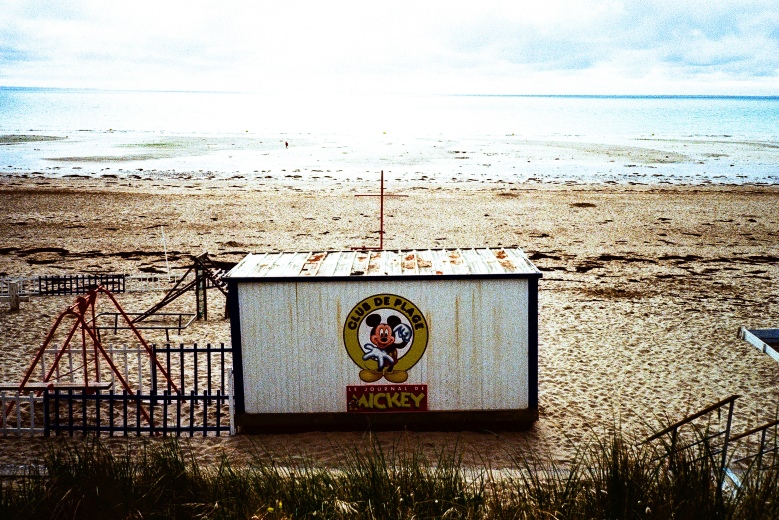 More, the seaside town has seen us grow up, being friends, becoming teenagers, kissing for the first time, being overwhelmed by new feelings and emotions and of course, Jullouville has witnessed our first silly acts and distractions…. before we became adults, had children ourselves who would do, later, the same things.

And of course, there is a bigger picture to Jullouville. It doesn’t stand by itself as a shrine of nostalgia !

be reassured ! It is surrounded by an area which has very much to offer. Granville is the biggest town around with its “pointe”, its fishing harbour, its marina and embarcadère towards Jersey, Guernsey and more closely the beautiful archipel of Chausey – the only French channel island -. Granville – nicknamed the Monaco of the North in the 20s – also has a cinema, a bowling (in Donville), museums, bunkers, an aquariim and a casino… for the rainy days !

The Mont-Saint-Michel and its splendor is about 45 minutes away from Jullouville, and the Contentin itself has so much to offer it would take a few summers (and winters) to explore…

Even if times have changed, if holiday goers spend less time in a place and aim at cheap sunny (skin cancer included) package destination, Jullouville has still very much to offer for whom longs for resting, quiet, romantic, nostalgic, out of time holidays.

When in Jullouville, try a dinner with the sunset in front of you at the restaurant La Promenade (which used to be the Hotel du Casino), enjoy a drink at Au Gré du Vent, a great PMU with very friendly owners and the haven of gossips!!!! To stay over for a night or a few, there are great camping sites and a few hotels or B&Bs.

Of course, there are plenty of entertainment, sport, events to enjoy, the “Visit Jullouville” office du tourisme will welcome you!

If you are intestested in seeing more of my images of Jullouville, click here and get in touch if you want to purchase a print in the size and you on the support you want!

And if you want to diver deeper into Jullouville unique atmosphere, watch Eric Rohmer‘s master piece Pauline à la plage which was shot at some family friends’ house!