There is a very special place where there is a lot of time to waste… I always think about songs when I start writing a post and this one is from French 80s band Gamine. I have changed the “no time to waste” into “a lot of time to waste”. But the Ciudad Nuclear in Cuba is a very special place where time stopped in the 90s, it’s a ghost town built around a nuclear plant which never worked as the scheme never started… The idea of “La Ciudad Nuclear” in Juragua, near Cienfuegos on the Caribbean coast came in 1976 when Fidel Castro signed an agreement with the USSR to build a twin reactor nuclear plant. Cuba needed to produce its own energy.

But the fall of the Soviet Union in the early 90s put a stop to the construction of the power station, before it even started being in use. Castro and his government had thought about a whole town built around the nuclear plant where people would work. So you imagine how curious I was to see how it looked almost 25 years after.

Well, there is a long to get to the plant : a few kilometres  from the main road, a long road boarded with fields and every now and then a concrete block of flats. Some look inhabited, some don’t. There is a feel of a ghost town, which never even started to live. There is no town centre, no town hall, no bar, no shop, just a long road in a flat landscape leading to a huge dome one can see from a long long distance… 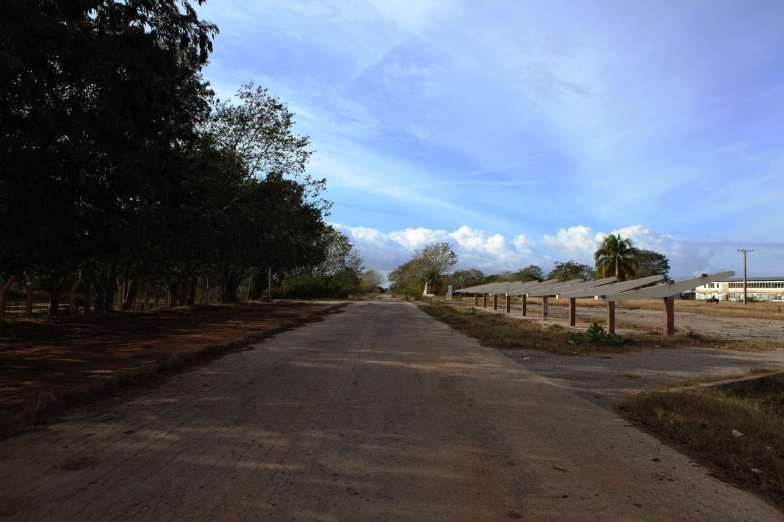 Finally approaching it, the road leading to it is unfinished and looks like an abandoned path, leading nowhere. But it does take the reckless tourist to a sort of dead monster, surrounded by a growing vegetation. It is huge and the access unfortunately forbidden. There are two guards. They are nice and smiling but they nicely tell you that it is not allowed to take pictures. Never mind, I put my smile on too, get back into the car, drive away and find another lost track to park and hide the car. I can’t leave with taking a picture of the monster.

It’s such a silent walk, such a weird promenade. I am not reassured as I think the guards are probably aware of my not-so-discreet manoeuvres… But I manage to grab a few shots. How I dearly wish I could just spend time there and explore the place till night falls… But I hear a whistle and another one. Time to go back to the car and “take the tangente” as we say in French. 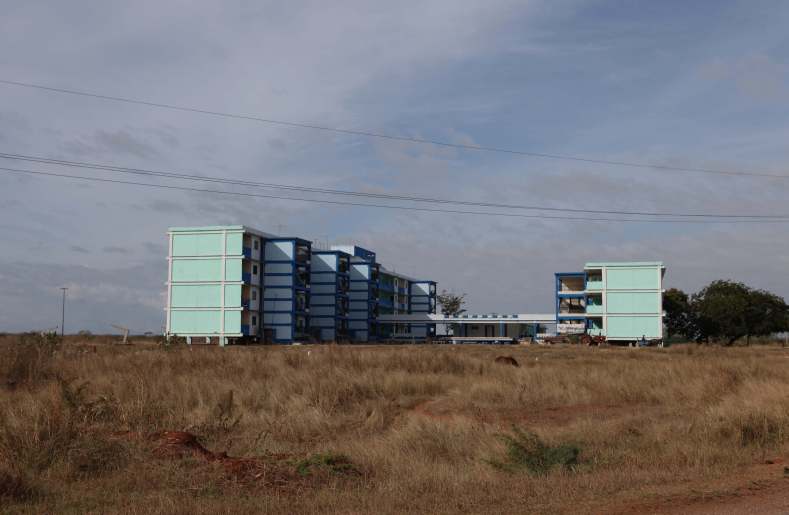 Back on the main road, there are, out of nowhere, 3 people hitchhiking. They want to go to Cienfuegos. Of course, they are welcome on board. There aren’t ghosts…Juragua is not really a ghost town, it’s just a town which never started to live, a town with inhabitants who never started to work and seem to be there trapped in a surreal place…